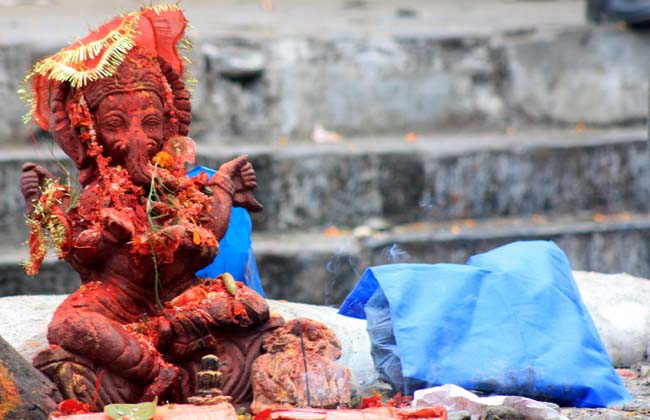 A statue of God Ganesha on the bank of a river with colors of worship. Ganesh is the god of good luck according to Hindu beliefs.