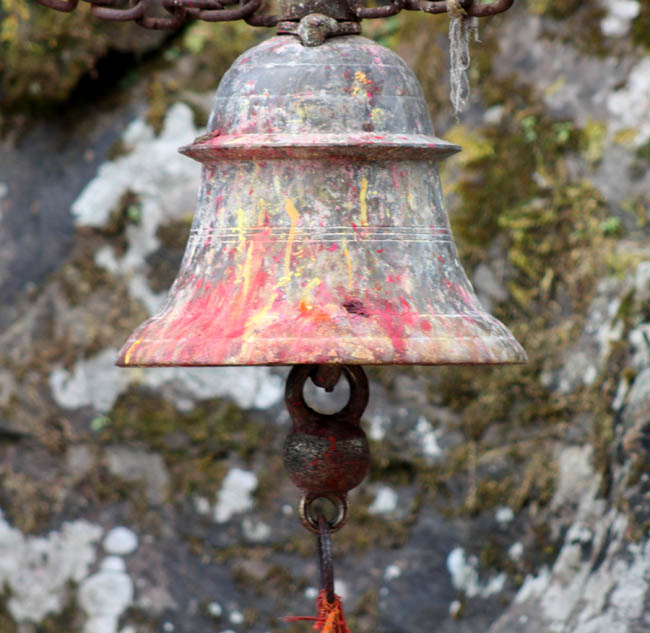 A Temple bell (Ghanta) with colors of worship (pooja) photographed in Gorkha Kalika Temple, Gorkha. According to Sanatan Sanskriti (Hindu Culture) the ghanta is sounded to invite the deity to accept worship and prayers. 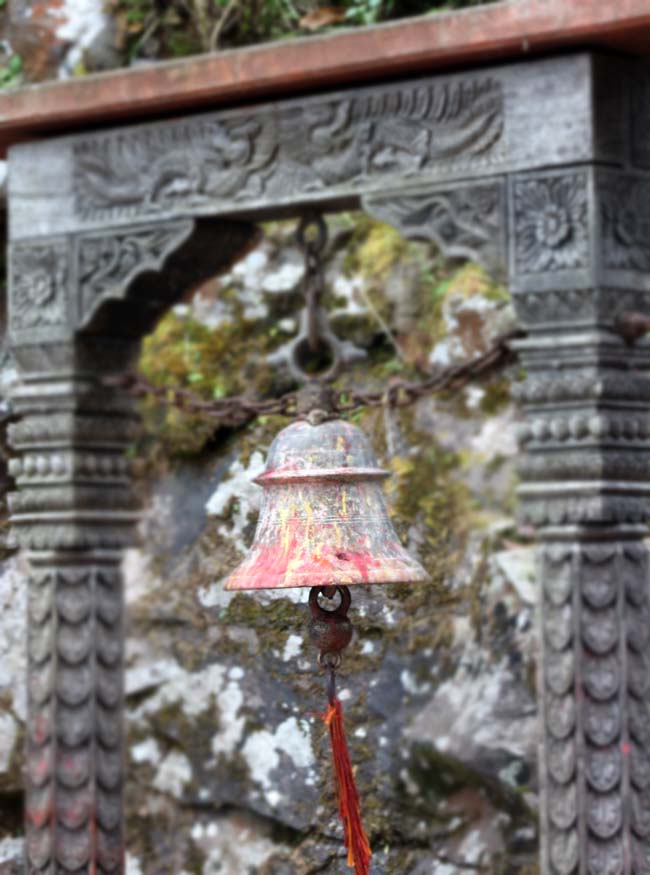 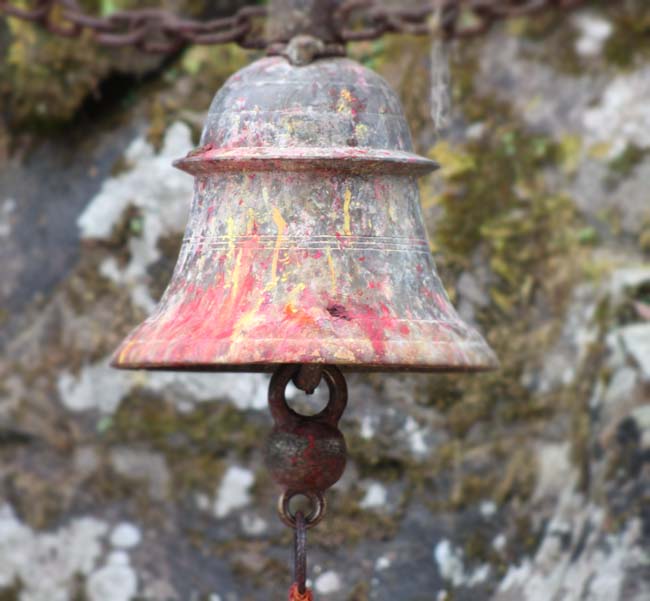 Temple bell is a scientific phenomena; it is not just your ordinary metal. It is made of various metals including cadmium, lead, copper, zinc, nickel, chromium and. manganese. The proportion at which each one of them mixed is real science behind a bell. Each of these bells is made to produce such a distinct sound that it can create unity of your left and right brain. [To know why do Hindus ring the bell in temple? (Click Here)]