Technological innovation on photography opened the door for Photojournalism as it became cheap, handy to take photos outdoors. The first 35 mm camera, Leica was the benchmark for photojournalism. After its innovation photographers could go anywhere and take photos discreetly, without bulky lights and tripods. It created dramatic difference in taking photos, primarily posed photos, with the people award of the photographer’s presence, to new, natural photos of people as they really lived. Photojournalism magazine also was another invention from Germany. During the mid-1920s at first photojournalism in magazine experimented with the combination of two ideas one old was direct publication of the photo available after about 1890 and another publishing photos for illustrations. The difference of photo magazines beginning in 1920s was the collaboration; instead of isolated photos, laid out like in photo albums, editors and photographers began to work together to produce the story using pictures and the words as well as cut lines.[1]

The combination of photography and journalism termed as photojournalism coined by Frank Luther Mott, historian and dean of the University Of Missouri School Of Journalism[2]; became familiar after World War II (1939-1945). Germany’s photo magazines established the concept, but Hitler’s rise to power in 1933 led to restraint and bullying on editors, who fled the country and settled on the United States.[3]

Illustrating news stories using photographs on newspapers and magazine was possible with the innovation of printing technology occurred between 1880 and 1897. Although newsworthy events were photographed early in 1850s, the printing presses could only publish from the engravings until the 1880s. The early news photographs that required photo to be re-interpreted by an engraver before they could published. Train wrecks and city fires were a popular subject in these early days.[4] It took several decades (and several inventors) before mankind had the technology to marry photography with text on the printed page.[5]

Wars were the driven force of photojournalism at that time. The army movement and war activities were objects for photojournalists at that time. In 1847, an unknown photographer took the photograph using daguerreotypes depicting the U.S. troops in Satilo, Mexico, during the Mexican-American War.[6] Crimean War 1853-1856 became the platform to exercise photojournalism at that time; photojournalists took photos from the frontier. Carol Szathmari (1812-1887), Romanian photographer is considered as the world’s first photojournalist. His pictures of the Crimean War (between Russia and Turkey from 1853 to 1856) were published in Europe. Szathmari’s news photographs were exhibited in many European galleries for the world to view war. The photographs were copied in limited numbers which were distributed globally.[7] British press reporters such as William Simpson of the Illustrated London News and Roger Fenton were published as engravings. In between 1861 and 1865 Mathew Brady and staff (mostly staff) covered the American Civil War, exposing 7000 negatives. American Civil War photographs of Mathew Brady were engraved before publishing in Harper’s Weekly.[8]

The year 1925 came with significant 35mm Leica camera and year 1930 provided the photography industry a lens changeable camera which made it possible to capture the desired moments even in frontiers. Technological innovation led extensive use of news photo in newspaper and magazines in the period of 1930-1940. The period was called ‘golden age’ in photojournalism. Many magazines and dailies gave the importance to news photography which in turn made the papers popular. Some magazines Picture Post(London), Paris Match(Paris),Arbeiter-Illustrierte-Zeitung(Berlin), Berliner Illustrierte Zeitung(Berlin), Life(USA), Look(USA), Sports Illustrated(USA), and newspapers The Daily Mirror(London), The New York Daily News (New York) built their huge readerships and reputations largely on their use of photography. Robert Capa, Alfred Eisenstaedt, Margaret Bourke-White and W. Eugene Smith were some well known names of the period.[12]  Henri Cartier-Bresson is regarded as the father of modern photojournalism[13] while this title has been applied to Erich Salomon, whose candid pictures of political figures were new in the 1930s[14].

Since 1968, Pulitzer Prizes have encouraged photojournalists. For photojournalism the award is categorized in the following categories: ‘Feature Photography,’ and ‘Spot News Photography.’[15] There are other awards like World Press Photo, Best of Photojournalism, and Pictures of the Year.

Most of the papers were printed with ‘letter press’ technology until 1980 after that many large papers switched to offset technology. This technology reproduced photos with fidelity on better white papers.[16] 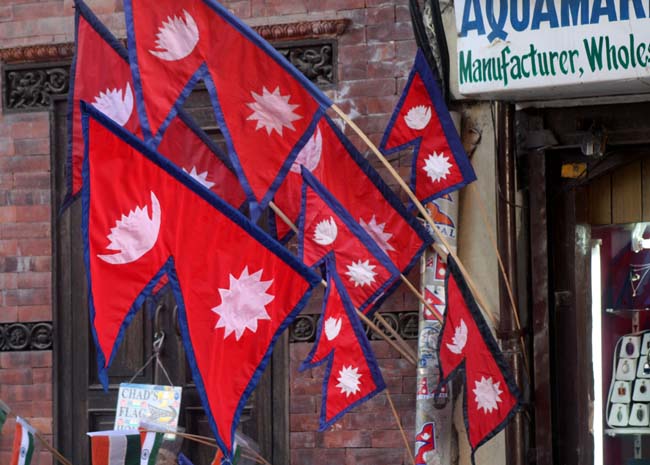