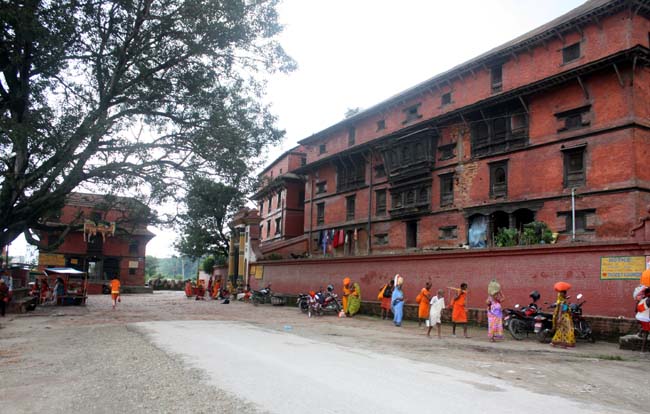 The Guhyeshwari Temple is dedicated to Shiva’s shakti in her terrible manifestation as Kali. This lies on the bank of Bagmati River near to Pashupatinath Temple, entry is banned to all except Hindus.  Guhyeshwari was built by King Pratap Malla in the 17th century and the temple, standing in a paved courtyard surrounded by Dharmashalas (pilgrims’ rest houses), is topped by an open roof with four gilded snakes arching up to support the roof finial. 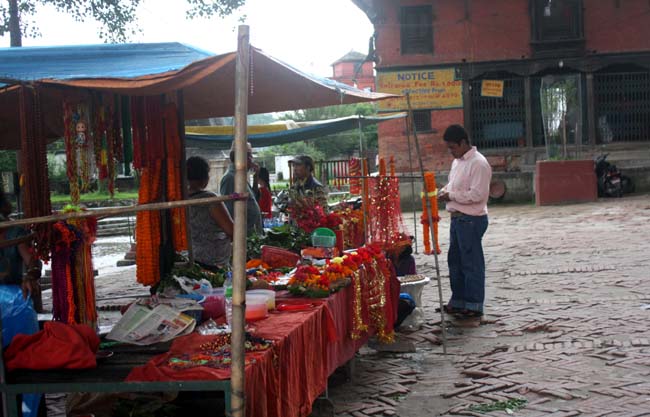 Stall with worship stuffs outside the Guhyeshwari Temple. 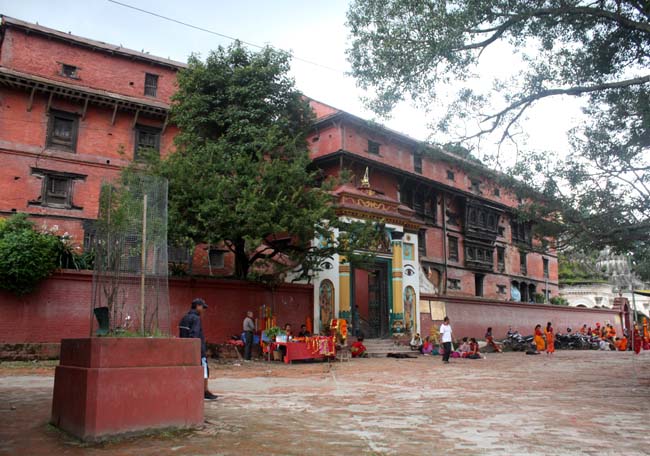 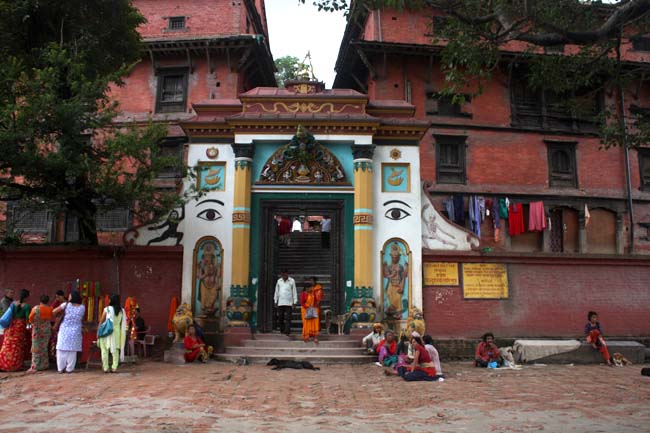 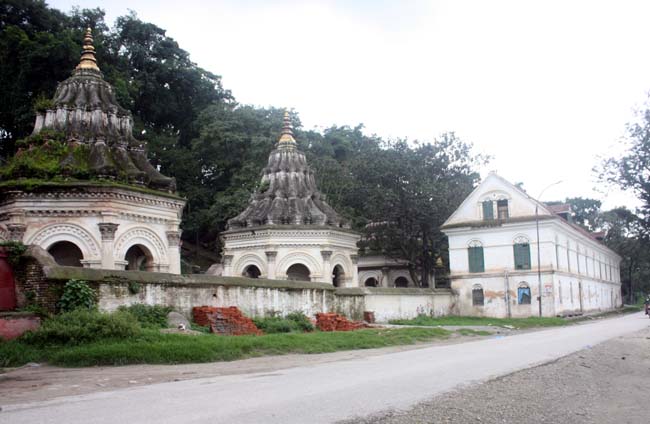 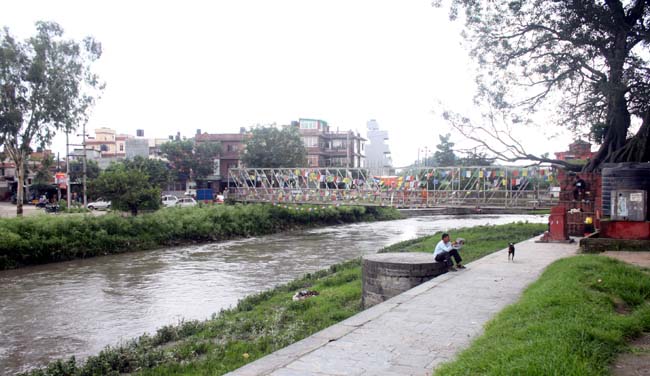 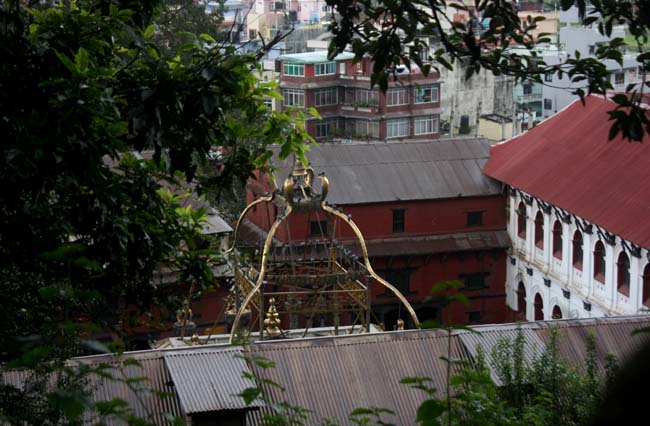