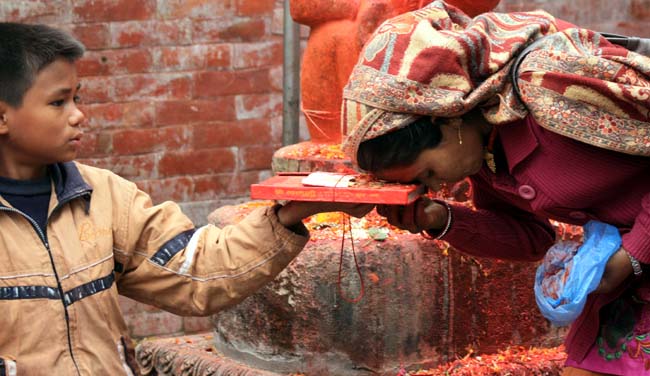 Woman shows devotion toward Shree Swasthani Mata with cringe to Swasthani brata katha book on the bank of Shali Nadi (16 km north east from Ratnapark, heart of Kathmandu). Swasthani Brata Katha is widely recited over the nation during the months of January & February. Shali Nadi is legendary river where Goddess Parvati bathed during her month of meditations dedicated to Swasthani. In Nepal it is believed that women who performs worship during this time will have their all wishes will soon be granted by the Goddess Swasthani.