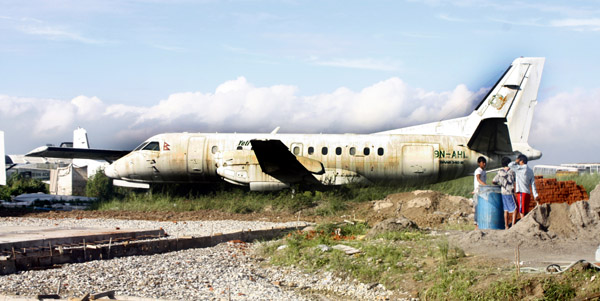 Abjured unusable aircraft situated by the runway on Tribhuvan International Airport Kathmandu, owned by Yati Airlines. There are a dozen of such aircraft which must be scrapped occupying airport area failing to pay airport taxes and parking. Airport management and Civil Aviation Authority of Nepal fail to remove such aircraft which evils air safety and beauty of airport. 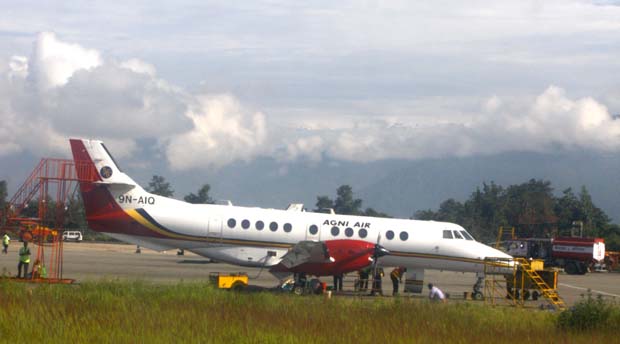