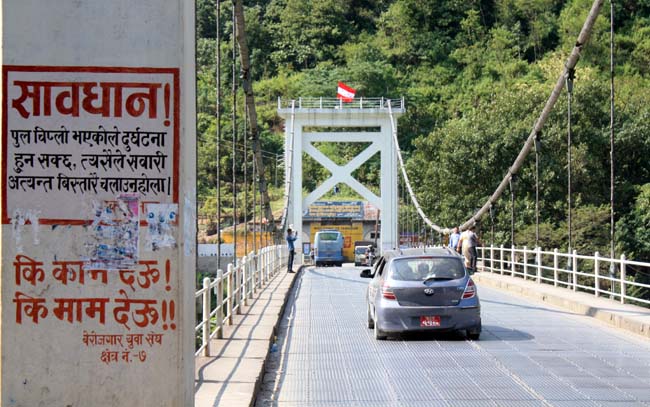 The Mugling Bridge over the Trishuli River at Mugling Chitwan connects capital Kathmandu with western districts of Kaski, Tanahun, Lamjung, Gorkha, Myagdi, and Baglung. 125-metre long bridge was constructed in 1972 with the capacity of 15 Metric Tonnes.